The Day of the Deads 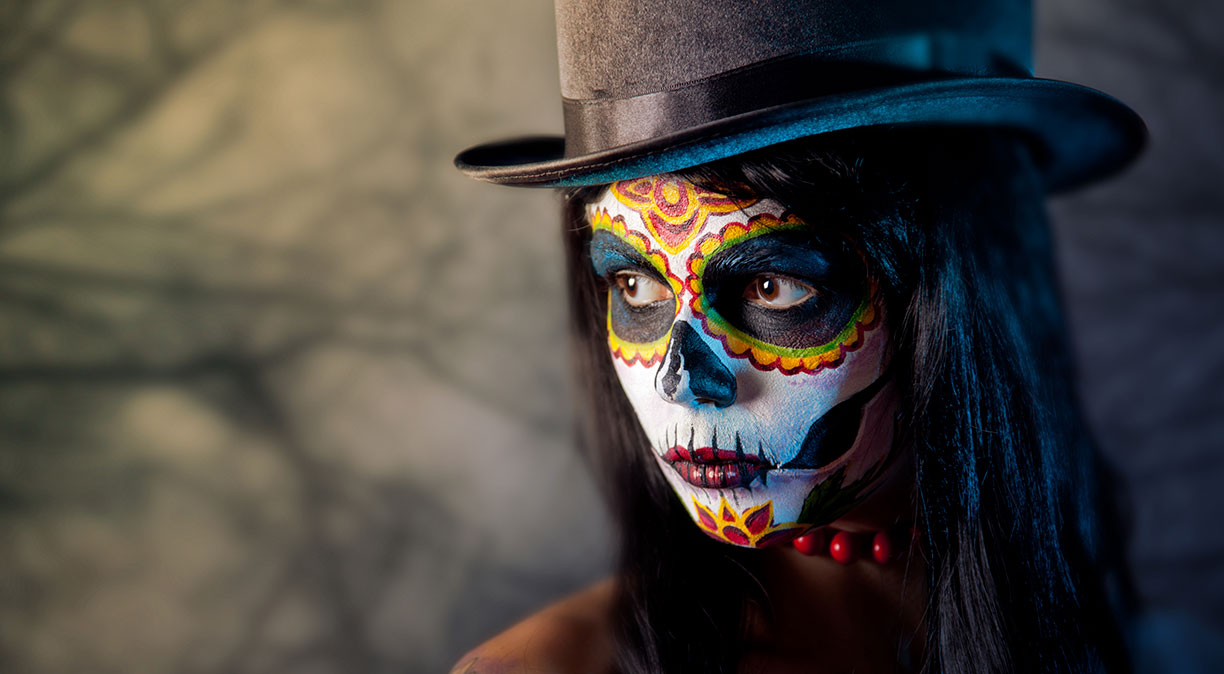 Is a festive and colorful holiday celebrating the lives of those who have passed on, it's not a gloomy or morbid occasion. Mexicans visit cemeteries, decorate the graves and spend time there, in the presence of their deceased friends and family members. They also make elaborately decorated altars (called ofrendas) in their homes to welcome the spirits.

Because of its importance as a defining aspect of Mexican culture and the unique aspects of the celebration which have been passed down through generations, Mexico's indigenous festivity dedicated to the dead was recognized by UNESCO as part of the intangible cultural heritage of humanity in 2008.

The belief behind Day of the Dead practices is that spirits return to the world of the living for one day of the year to be with their families. It is said that the spirits of babies and children who have died (called angelitos, 'little angels') arrive on October 31st at midnight, spend an entire day with their families and then leave. Adults come the following day. 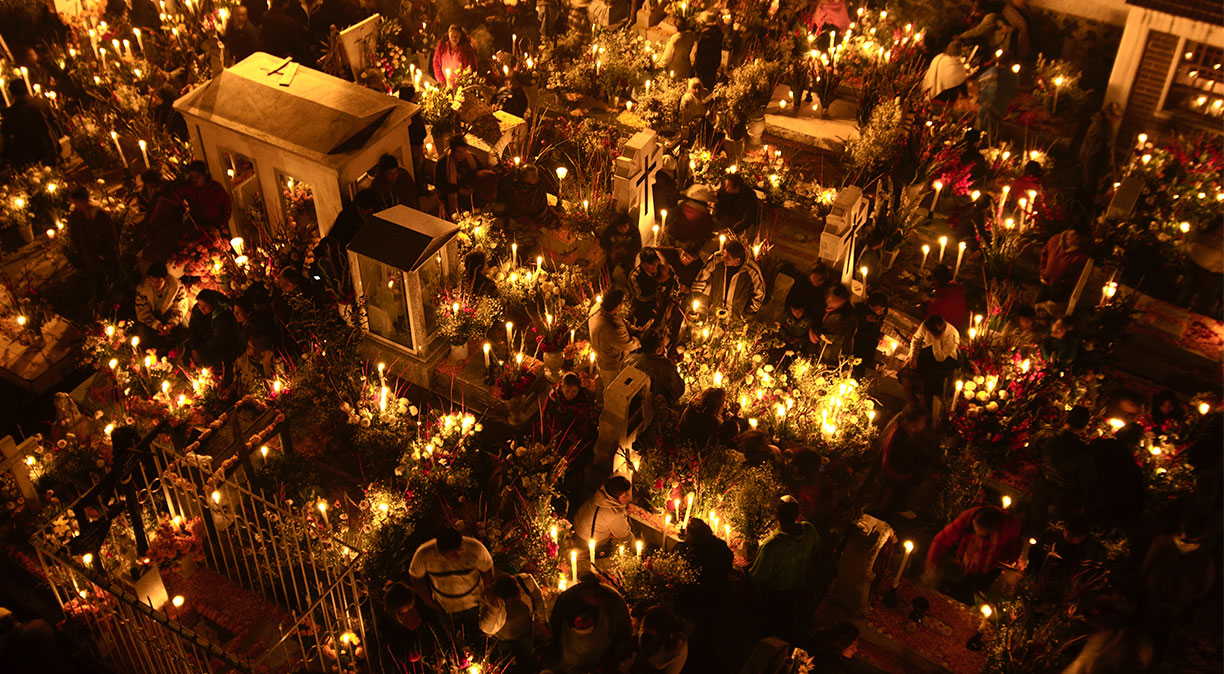 The spirits are greeted with offerings of special foods and things that they enjoyed when they were alive. These are laid out on an altar in the family home.

Other items that are placed on the altar include sugar skulls, often with the person's name inscribed on the top, pan de Muertos, a special bread that is made especially for the season, and cempasuchil (marigolds) which bloom at this time of year and lend a special fragrance to the altar.

Day of the Dead and Halloween

Día de los Muertos and Halloween have some common features, but they are distinct holidays. They both come from early cultures' beliefs about death that later mixed with Christianity. They are both based on the idea that the spirits return at that time of year. Customs around Halloween seem to stem from the idea that the spirits were malevolent (children were disguised so that they wouldn't be harmed), whereas in Day of the Dead festivities, the spirits are joyfully welcomed as family members that one hasn't seen in a year. 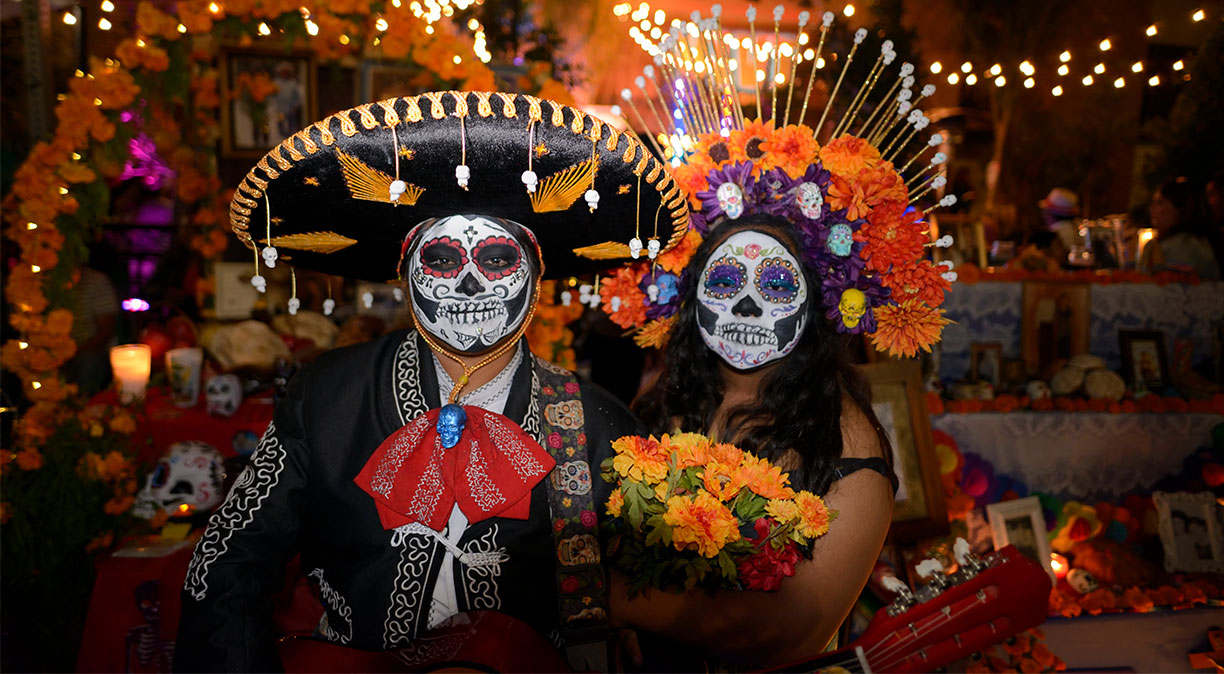 This holiday is an excellent time to visit Mexico. Not only will you be able to witness these special celebrations, but you can also enjoy other advantages of Mexico in the Fall Season. Although families celebrate this holiday privately, there are many public displays that you can enjoy.

Day of the Dead is celebrated in different ways in different locations throughout Mexico. Festivities tend to be more colorful in the southern region, particularly in the states of Michoacan, Oaxaca, and Chiapas. In rural areas, celebrations are mostly solemn whereas in bigger cities they are sometimes irreverent.

There are a few destinations that are well-known for their Día de los Muertos observances.